Most of the advice I've read over the years suggest that, when float fishing on a still water, the float should be dotted right down, so only 1/4" or so is showing above the surface. The reason for this is usually stated as being either 1/ it makes everything more sensitive or 2/ it provides less resistance to a biting fish.

The physic in question here is bouyancy. Now, I'm no expert, so this is just a guess and if I'm wrong, my theory is shot. Here goes:

I think that the bouyancy of an object is the same whether the object is above the level of the water, level with it, or beneath it. So, a float with a tip say an inch above the water offers no more resistance to a biting fish than does a float which is submerged.

A float 1" above the water will move just a as much as a float 1/4" above it so there is no difference in sensitivity.

Having been through that rather dull and perhaps misguided attempt to explain physics let's look at a couple of practical fishing situations, and contrast the dotted down float against one with plenty showing:

Imagine the fish are playing around with the bait. The dotted down float disappears every time, suggesting a strong bite. A strike results, perhaps just as the float is rising to the surface. With a float with plenty showing, it's easier to read what's going on, and maybe time the strike better.

Consider a sail-away bite now. After the frustrations of all the knocks as described above a fish picks up the bait confidently. This might just be another finicky knock to the bloke with the dotted down float wheras the angler with an inch or so showing has a better idea of what is going on.

And then fishing fish a dotted down float puts more of a strain on your eyes, so is probably less enjoyable.

You've been around this site long enough to know not to lift lids off cans of worms, but you just did.

I think the latter part of your post is correct, especially if using a fine antenna tip. I think some of your first half of the post can hold water too, if you'll pardon the pun.

However, I'll leave it there as no doubt there will be some that will prove all maner of stuff with all densities of materials to prove you wrong.

Good post, but get your tin hat on ready!

Ric, I wont argue with anything you say, but you have missed one other good reason not to dot down too much----- weakening eyesight as you get older!-- I just love my avon floats more n more (would use em anyway) Oh-- and a choppy river then suddenly it becomes fine to have lots of tip showing.
R

Well at least I can't accuse well known anglers of promoting this rubbish for commercial gain, as they might do for braided lines, various Carp gear etc.

Now, I'd better break into a trot

Banned
Ah! the physics and mechanics of floats! I tend to agree with you Ric but as Jeff says there are a few who may want to respond. Some may not as this broad subject sometimes provokes personal argument between a few rather than good debate. Lets hope the good debate option wins.

For me, it's also allied to confidence. I'll be much more comfortable when using the finest of fine tips well shotted down. Whether that actually means I'm more likely to recognise bites and catch is another thing. If I think it will, then that's what I'll do.


It's a bit more than just bouyancy. There is also the matter of hydrodynamics.

Which is why you don't fish a perch bobber for crucians or roach.

You might just trick a fish into self-hooking itself occasionaly , but you'll miss a hundred fish for every one that you do hook.

You might submerge that bulbous body with plenty of shot, but it will drag through the water because of its shape and a dithering fish will feel it, and turn away or a quick fish like a roach will feel it, and eject the bait while you are still reaching for the rod.....

However a greedy persistent fish like a perch will self hook itself before it gorges the bait too deep...hopefully.

If you are fishing for carp a dotted down float will drive you mad...you'll strike at every line bite and tail-wash that happens. Far better to have plenty showing to show you when they really have taken the bait.
R

I agree with that, a fat or bulbous float provides more resistance than a slim one, perhaps because it has to displace more water in able for it to move?

But with a straight float 1 inch showing versus 1/4 hydrodynamics don't come into play, right?
S

When i were a lad, perch bobbers were all the rage in bright red or yellow
with black stripes ,all the kids had one,
ive not seen one in years
G

Have you looked at good old Archimedes?

I don't want to bore everyone by stating his principles on the bouyancy or otherwise of floating or sunken bodies as you can look it up on Google. What I will say is that the resistance to a biting fish by a floating body as in a float is also caused by inertia and the greater the mass of the float the greater the inertia.

Inertia by the way is the resistance a body has to change its present state of movement, or none movement.

The streamlining of a float also comes into it.

There is some evidence that a large, very bouyant float, may have a "bolt rig" effect on a biting fish. This can be seen when using a controller float on a floating bait meant for carp.

Couldn't care less about the physics of it all. All I'm interested in is seeing bites. I would struggle with a float dotted down to the bare minimum, regardless of conditions, tactics or quarry. My eyesight isn't bad at all but I like watching a decent amount of float tip. I feel that I've learned to tell what's going on underwater from the tiny moves that a float may make. I can't do that with a tip dotted right down, there's not enough variation of movement left.
I suspect that an awful lot of the articles advising "dotting down" are written with the inexperienced in mind. We've all seen them, the kind of angler that leave the coloured tip and another inch or more of float proud of the water but only strike when the whole of the float disappears. They miss loads of bites completely and, when they do catch, the fish is often deep hooked.

Another possible reason could be the profusion of commercials and the "pellet waggler" method. Personally, I'll use any waggler that I feel is suitable for the conditions when using pellets as bait. Many will use short thick pellet floats. I suspect that in this case, the reason for dotting them down so much is that they're damned insensitive otherwise.
I

Fishing a peacock waggler (4BB) I have on my last two sessions been plagued by very finicky bites and knocks, I tend to leave about 3/4" to 1" showing to give the bite a chance to develop, whenever I have tried to strike immediately the float dips, I have missed the fish. If I dotted down too much, I doubt I would catch.

Its more down to the species that you are fishing for I think.Crucians are well renowned for being very timid etc so you might have to dot the float right down .Also size of fish should be brought into the equation .If you are catching fingerlings then fine ,use a dotted down float, otherwise just let us get on with what we are happy using .With a bait of any size it helps to be able to see wtf is going on .
I myself will carry on doing what I have been doing for years .Having all the colour out of the water even have extra colour on added to some floats with a couple extra rings painted on them so you can see easily if a bait is being"mouthed or not ". The only other reason is when perch fishing and there are those little b*gg*rs around that however long the float is down the bait is already being digested and near the point of being expelled !!!!
PS most of the fish I catch are lip hooked or just inside the mouth

Ron The Hat Clay said:
Have you looked at good old Archimedes?

I don't want to bore everyone by stating his principles on the bouyancy or otherwise of floating or sunken bodies as you can look it up on Google. What I will say is that the resistance to a biting fish by a floating body as in a float is also caused by inertia and the greater the mass of the float the greater the inertia.

Inertia by the way is the resistance a body has to change its present state of movement, or none movement.

The streamlining of a float also comes into it.

There is some evidence that a large, very bouyant float, may have a "bolt rig" effect on a biting fish. This can be seen when using a controller float on a floating bait meant for carp.
Click to expand...

And those of you with a more mathematical bent might like to use the following to calculate the effect of waves:

Do handle the Hamiltonians with caution.
D

Tell 'em what the symbols stand for Sean

Sean Meeghan said:
Do handle the Hamiltonians with caution.
Click to expand...

I had mine banded.....and I've been very comfortable ever since...although I can't do wicker baskets anymore

There is a very simple way to tell how much resistance a float is offering to a fish.

It's how much weight is needed to sink it from whatever position it currently holds.

That's all an angler needs to know about that aspect of float fishing.

Whether or not it would be better to offer the fish more or less resistance on the day is another question entirely.
S

Some of our older members could do with something like this to help them see what the float was doing. <Smiles Sweetly> 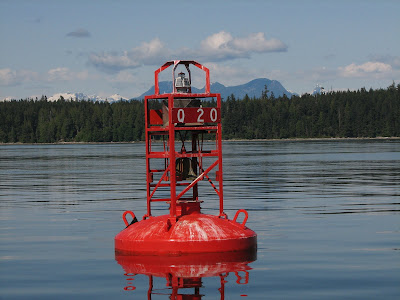 Ron The Hat Clay said:
Tell 'em what the symbols stand for Sean
Click to expand...

I think Ron might be being deliberately obtuse there (he is a tease!)

The equation, of course, is the rather elegant Schroedinger wave equation which describes the energy of a system (given by the quantum hamiltonian H) as the wave function (the tridenty thing which is the Greek letter psi) changes with time.

There is a very nice explanation of this equation on pages 498 - 499 of Roger Penrose's book The Road to Reality. Unfortunately those of you who aren't familiar with quantum physics might have to read the preceding 498 pages to understand what he's on about.

Schroedinger of course had a cat which is also famous.