Single most expensive item of tackle

Not a bragging rights thread, more of a curiosity really.

I bought a Daiwa Whisker pole when the first editions came out which, iirc, set me back around £1200 around the late 90's (?).

Makes me cringe when I think about it now, even though i'll probably be shelling out just as much for an 11' rod before long although I had more than my money's worth out of the pole considering what I flogged it for a couple of years later.

After that it falls away sharply (thankfully!) and slightly behind the Matchbox seatbox set up I also had at the time it would be the Marksman rods.

What's your single most expensive item of tackle you've ever bought and does the figure you spent on it make you cringe when you look back on it?

My Tailwalk Eginn bass spinning rod, almost £300mg: I occasionally fish with another pal, he’s a big strong bloke and hurls his lure with such force Jeff Capes would have been impressed, I on the other hand just give a subtle flick of the wrist and watch my lure disappear on the horizon. I haven’t caught a big bass on it yet, a mere detail.

A browning pole my dear sandwich maker bought for me this last Christmas. After that my two Acolytes which I actually had to pay for myself.

My 2012 Daiwa Connoisseur pole cost me £1200, it is now my spare.
My latest pole, 1 year old now, is a Daiwa Airity super slim which was 2k..
Not cringing because it’s worth every penny..
S

Chris Lythe Scotton trotter pin, I think I paid something like £475 but can't remember the exact figure. I don't cringe because I love the reel and could most probably sell it for close on double what I paid if I ever wanted too.
B

Nothing I can think of, but I might be tempted by these....

Not a lot compared to some £200 for a centrepin although my first carbon blank with inflation would be around £350 at today's prices.

bullet said:
Nothing I can think of, but I might be tempted by these....

Hahaha, Abel stuff is great but ridiculously expensive over here. Our Ghillie on the Spey has Abel Pliers but he’s had them for donkey’s years and uses them a heck of a lot “fettling” stuff for his clients.
T

Probably a sage fly rod well over £600 was it worth it NO.

These weren't to expensive at the time I purchased them, but now they have increased in value by quite a margin.... 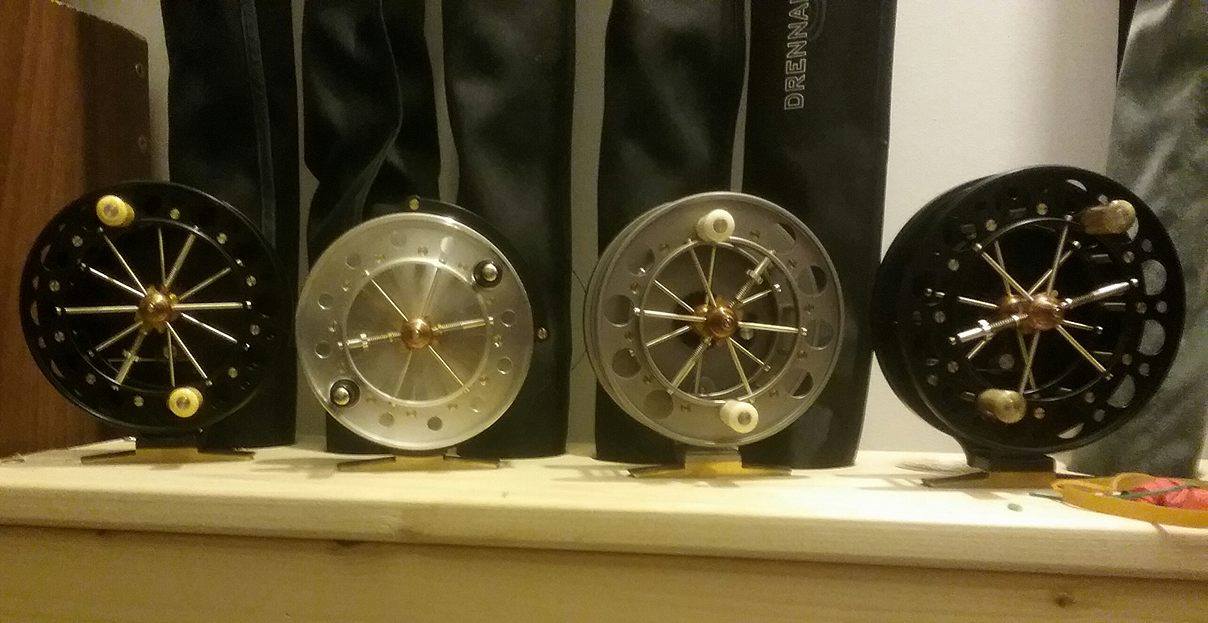 Good job the wife doesn't read this.
Click to expand...

Fair play though, you've made me feel better
N

I like good gear, but I'm not attracted to super-expensive stuff. I wouldn't break the bank for a car either - worry of someone scratching it etc would detract from my enjoyment, and I've noticed that beyond a certain point the price of tackle goes up out of all proportion to any increase in quality or performance.

I paid the same amount for a TriCast Trilogy 2 margin pole with cupping kit and topkits about 3 years ago. Ridiculous idea. I've never used it. I don't know what got into me - I don't even like commercial carp fishing. Close season retail therapy; lesson learnt.

I paid £200 or so each for a couple of mint secondhand obsolete float rods. That was money well spent.
P

In 1975 I bought a new ABU Cardinal 66 reel new which I still use occasionally. It cost £27 (+pence?) and I paid it off weekly! It was a lot of money then - I wonder in today's value how much that would be? I bought another one later (second hand) to have a matching pair which I also still have.

Very modest for me. A tie between the Stradic Ci4+ and 13' Toreon float rod, about £125 from memory and don't regret either, I have two Ci4+'s but the way it's going Glow Tip Antennas might outstrip them both if I don't get my own made soon!

A few pins and some Hardy rods. I also bought a few classic rods by Shimano and Daiwa. Nothing extravagant at all; abstemious me!

Again a modest sum for me a 15’ matchpro ultralight rod, about £150. Nice rod though I don’t use it as much use as I ought too. It’s probably not been used more than 10 times in 2 seasons
M

Poles, to many to mention over the years, also top end seatboxes, I seemed to change them every couple of years when I could still get a decent 2nd hand price for them. Now at my age I am staying with pole and seatboxes I have.
You must log in or register to reply here.
Share:
Facebook Twitter Reddit Pinterest Tumblr WhatsApp Email Link
Top