Strange but positive occurrences that occasionally happen on stillwaters.

Such as the common daily occurrence during the warmer months where at dawn the air pressure changes as the day warms up which in turn makes the water tow quite violently if only for a short period of time but long enough to trigger a feeding reaction.

The oddest thing I ever experienced in this respect was on a local club lake in Spring many years ago, the lake was your typical early Spring lake with a clear surface and nothing unusual of note.

About an hour before dusk there was a strange bubbling and before long there were rafts of detritus covering the surface as the water temperature, triggered by the air temperature, caused a reaction... 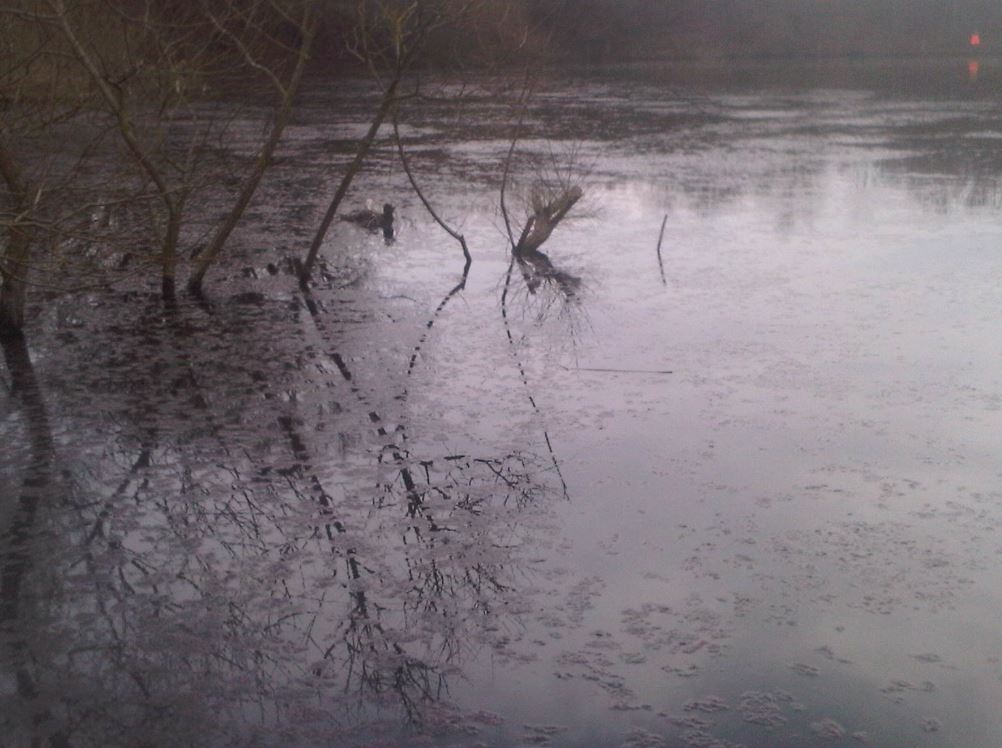 It lasted around twenty minutes and transformed the previously clear surface of the lake into something that you could barely cast a float into and one of those things that you're only likely to see once if that, but it gives you an insight into otherwise inexplicable events.

The notable thing was that the fish went berserk and to call it a golden hour would be an understatement with fish of many species but notably Roach... 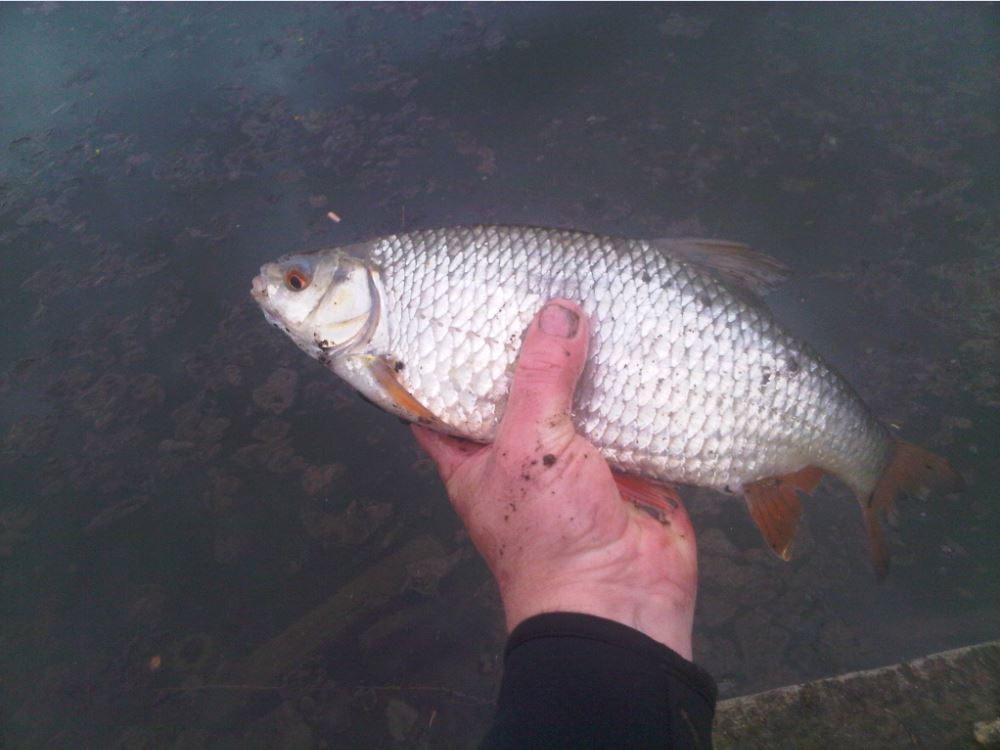 Has anyone experienced similar or maybe something completely different yet equally notable and what did you make of it?

Late eighties I went to cuttle mill for carp. I'd rung for a booking but it was full. The owner told me if I had a corner peg he'd allow me on so I took him up on the. Offer.
On the day I went to the corner between peg 5 and six-- it's the one with a tree sticking out the water , a pik is in one of Tim Paisleys carp books, It was flat calm and an hour after starting with two rods baited with boillies against the tree the middle of the lake started to erupt with the stuff Steve mentions in his OP.
It was bad and got much worse covering all the middle of the lake.
Forcing anglers to fish close in.
I was ok as I had no room anyway having accepted the swim beforehand.
No one caught a thing but lunchtime a tiny breeze got up and horror of horrors the entire mass of floating debris drifted into my corner.
I couldn't recast with it and half resigned myself that my day was ruined when right in front of me the weed "humped"!
Carp I thought so I reeled in, retackled with a simple Tench float and side hooked a boilly on an eight hook, swished at the debris with my rod tip making a tiny clearing on the surface and dropped my rig in where the float cocked just before the debris closed around it.
Minutes later the float slid away and I landed a seventeen lb mirror.
I carried on like that all afternoon ending up with a total of Sixteen big carp, the best a twenty six thirteen!
All the carp were happy to follow that debris and lay beneath it for the cover and shade it offered.
I was so busy I can't remember wether or not any other fish came to the bank.
At the end I was exhausted but very happy.
Best result I ever had fishing for carp-- really interesting set of circumstances!!

I've not seen it that extreme or sudden, but it happens every spring on my syndicate gravel pit. It's usually at the end of March or early April but seems to be temperature dependent. Whilst I've not found it to be conducive to decent fishing, it is generally a good indicator that the lake (and fish) is about to wake from its' winter slumbers. Not surprisingly, I missed seeing the worst of it this year, but it had started just prior to lockdown.

I was fishing a river with my friend once on a sluice controlled river that had no flow apart from the surface tow. We were not catching anything when the sluice gate was opened and the water started to flow quite strongly. Straight away we started to catch fish, mainly roach but it became a fish a cast almost for about an hour.

Regarding temperatures-I kept records for many years and water temperature showed quite an increase or decrease around the 56f-60f range. Not a phenomenon as such but quite a marked difference. I guess this was around the temperature when fish were coming out of winter mode. I put the dip after down to spawning and less activity before it shot up again and then went down when it got too hot. But the 56-60f range was the best.

There may be an alternative reason for the phenomena.

There is a diurnal change in pressure as the air warms, but it is pretty insignificant compared to the larger meteorological shifts.

I have seen similar occurrences on lakes and I believe it is normally due to microbial action in the algal/detritus mat laid down the previous autumn/winter. As the detritus feeding bacteria get going in the warmer water, their gaseous byproducts build up, and eventually break through lifting pieces of algae with them.

One session that stands out in my memory was when I and a mate was fishing a pond for Carp back in around 1979/80 and we heard thunderstorm in the distance getting closer.

It was in the days of fibreglass rods so we were not overly worried about the lightening hitting our rods, and if anything we were more worried more about lightning hitting tall trees around us.
Today I would have packed up and left straight away but we were young and stupid and decided to just shield ourselves under our brollies and sit it out till it passed.

About half an hour before the storm arrived the Carp went absolutely bonkers and we were getting runs almost as soon as our baits hit the water and this continued until about an hour after the storm had passed over us. We had both caught around 15 Carp each during the height of the storm.
We were absolutely soaked because we had been constantly playing fish with the storm immediately over us.

I now shudder at the thought of us fishing right through the storm but why did the Carp feed in such a frenzy during the violent thunder and lightening?

Ive since heard others talk about the same thing happening at other waters too.

That algae bloom happens every spring on a couple of trout lakes I pass on one particular coarse complex much to the annoyance of the feather chuckers.

Not sure this is what you are discussing. Back in the 1970s myself and four other Nottingham lads were fishing the Coronation Channel at Spalding. The water was flat calm and it was a mild dull day. Pretty much ideal conditions really. The sport was slow but we were all picking up odd roach and skimmers. We began at 10am and on until 5pm. Just before 4pm it looked like around 10lb would win the fiddle we were fishing when at precisely 4pm for no apparent reason the water erupted with fish ringing on the surface as far as the eye could see and it was a fish a chuck until we packed up. I have never seen anything like it since. Top weight was 30lb + of roach and skimmers taken by Frank Barlow, who up to 4pm, had less than 3lb in the net. I finished with 27lb, taking 20lb odd in the last hour. Pete
You must log in or register to reply here.
Share:
Facebook Twitter Reddit Pinterest Tumblr WhatsApp Email Link
Top