I never knew such a species existed. A beautifully made video that almost has me liking....... breammg:

There you go s63--- this seems to fit the description. 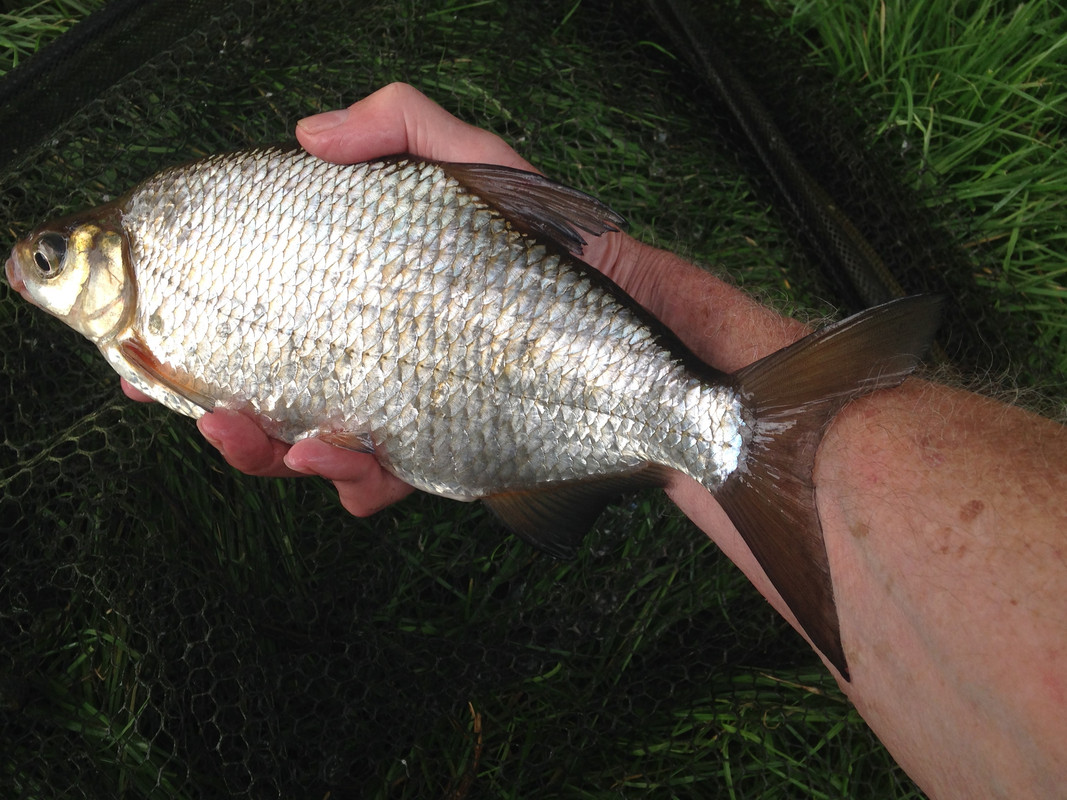 I've never knowingly caught one and wouldn't go out of my way to do so. There's a vague chance that I have caught one during the times that work/works fishing took me all over the country. I doubt that I'd have made any distinction between a silver bream and a skimmer in a match situation. These days, I doubt I ever fish a venue that definitely has a viable population. I've occasionally heard of them coming out of the Trent and did hear very limited talk of them being in the Yorkshire Ouse.

Sam, to be honest I'm not entirely convinced that the fish in my pik is actually a silver Bream, I had several on Monday that were even bigger.
Somewhere on this fone I think there's a fish I think is a silver. It has a genuinely large eye and to my mind fits the bill -- who knows.?
I caught it on the new junction canal near Thorne/fishlake.
I'll try and find it tomorrow.
P

The Thames used to produce a fair number but I dont know if thats still the case.

flightliner said:
Sam, to be honest I'm not entirely convinced that the fish in my pik is actually a silver Bream, I had several on Monday that were even bigger.
Click to expand...

I'm no expert, but I doubt it is. Far more likely to be a roach/bream hybrid.


Philip said:
The Thames used to produce a fair number but I dont know if thats still the case.
Click to expand...

The Thames would be the most likely venue if I have actually caught one. It's certainly the venue that instantly comes to my mind when anyone mentions silver bream.
Last edited: Aug 21, 2019

I'd say that Flight's fish is a silver bream - some pics of both silver bream and roach x bream in Big Roach 2 - it's easy to tell them apart with experience. I get the odd silver bream from Throop but years ago there were big shoals of them on the tidal Dorset Stour and I had a fair few a couple of years ago down there (also had one or two off the Royalty on the Avon which it adjoins). The Thames around Oxford has plenty and I've had them down as far as Wallingford and up at Newbridge. Other venues I've had plenty include the Trent just below Nottingham (Gunthorpe, Hazelford, Burton Joyce), the Nene at Orton, the match length of the Witham and a number of venues on the Bristol Avon from Staverton right down to Keynsham plus the Oxford Canal and some of the Ringwood gravel pits (long gone in this case!). They're often reported as 'hybrids' when nothing of the sort though you can also get silver bream hybrids (with roach, rudd and bronze bream).

When I had this the big eye almost over the nose convinced me it was a silver. Looking now it has all the other signs that it's a good match to the one I put up earlier. 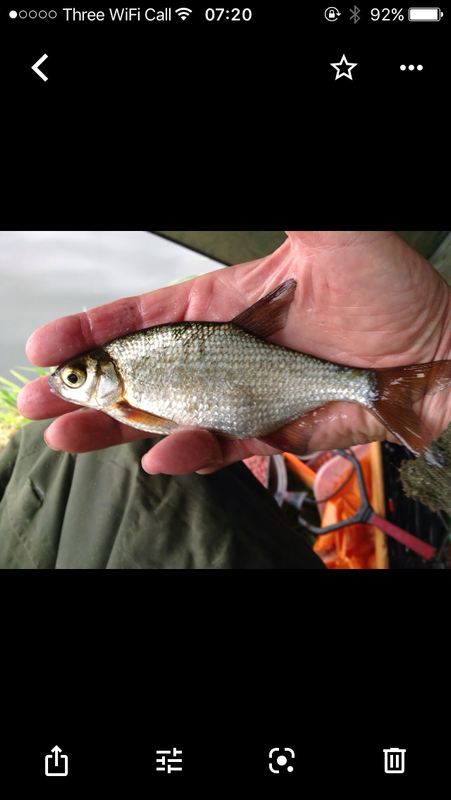 Perhaps I've been putting them back in the Trent for decades thinking hybrid ???

I think I caught some on the River Brede a few years back, took no photos though,I was catching them alongside skimmers but they are noted for their big eye, the skimmers were also slightly more gunmetal silver in colour with darker fins, could be wrong though as looking back you kind of doubt yourself

Still loads of them in some parts of the Thames. A couple of years ago had them make up well over half of a net of 18 lb odd in a club match at Dorchester., mostly around 2 oz each. Used to be lots at Appleford and Culham as well.
Think they are generally a lot commoner , if localised, than people realise, its just that most seem to identify them as hybrids. This was certainly the case on the Trent which was full of them in the mid to late 80s.
Can't ever remember getting one from a canal (did see one weighed in on the Slough Arm a few years back) and seem even more localised in lakes. Broadwater pit at Harefield was heaving with them up to mid 90s but they disappeared I think in part due to cormorants and more to the gravel washing plant closing down and the water going clear and weedy. Apart from the very occasional one from pit 3 never heard of them from any of the other Colne Valley pits .
More recently had quite a few last year from the little R Torne at Belton near Doncaster.

Quite a few in Eastern England. I Caught them in the Ancholme Lincolnshire. They were caught trotting below a small weir.
They look quite distinct and dainty when you realise what they are.
J