Ones memory plays tricks sometimes and there are many events linked to childhood that I cannot remember. One memory which has returned again and again , even through the 50 odd years when I didn't coarse fish at all, is of a large perch caught on a worm and using the only float I had, a bobber.

I had a bamboo rod bought for my 9th or 10th birthday and I used my saved pocket money to buy an Intrepid Black Prince reel. A friend of my father located the rod( he being a very keen angler) and gave me some line, hooks, an aluminium maggot tin and a solitary perch bobber. To me it was a float and I received no guidance on how to use it. Maggots meant a trip to a Tackle shop so I used Worms dug out of the compost heap and put in the maggot tin with some damp soil.

The local canal was the obvious place to fish and it was around a mile away . The towpath I used to use looked across to a factory called Whipp& Bourne which I think now produced, amongst other things, tricast rods. I had no idea at the time. The outflow from the factory was warm water and the canal at that point was reputed to have large cichlids and other tropical fish although I neither saw nor caught any.

I have no memory of catching roach or any fish other than perch and one in particular. It looked big to me and far bigger that any I had caught before or since. Probably a small perch would look big to the eyes and in the hand of a 9 year old. I was fascinated in its size and whilst my school boy pal Craggy was similarly impressed nobody else was. I don't remember the strike or the struggle but do remember the float moving across the water surface. I have no idea what it weighed but to me it was a world record and I have never forgotten it. I must get out more. 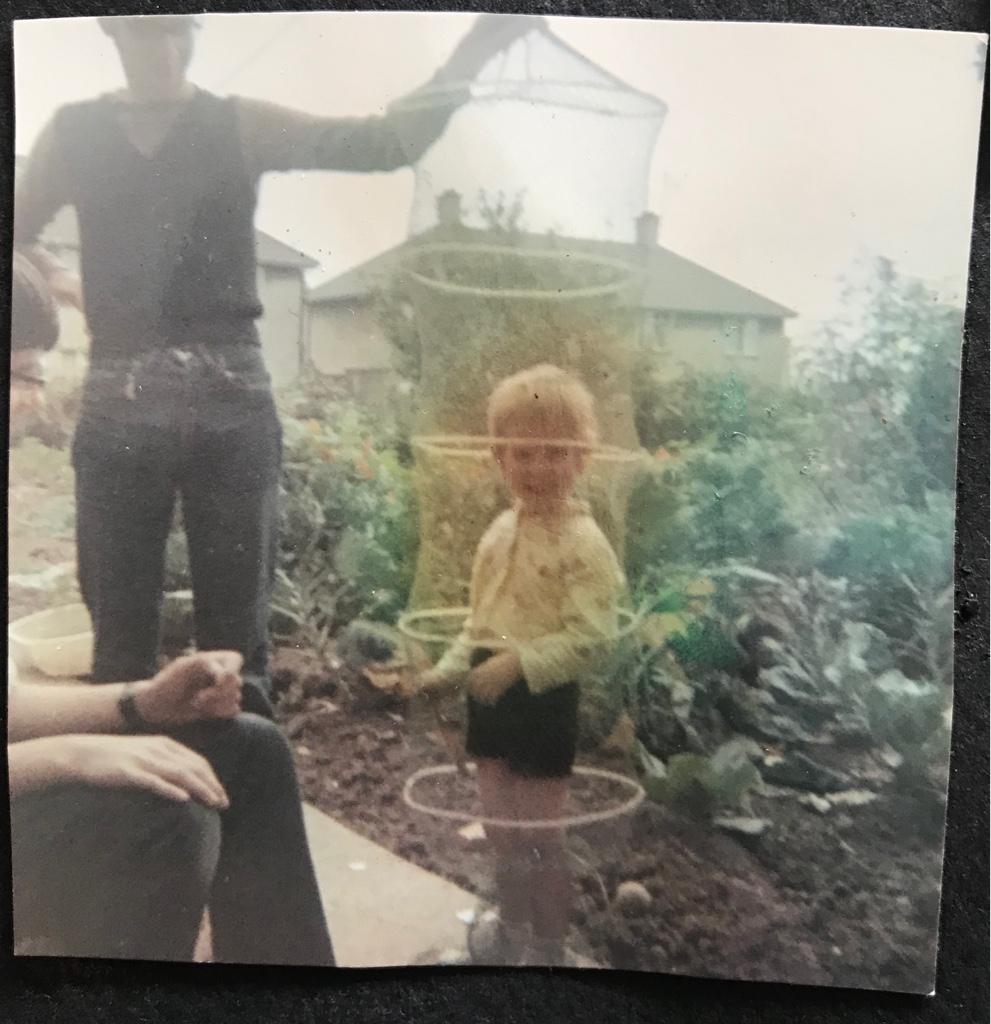 I’m the one in the net, the lad holding the net is my eldest surviving brother and we fish together almost weekly in the warmer months.

I can vaguely remember moaning that my brothers where going fishing and not taking me, also tying worms to a bit of string and catching the goldfish in the pond, if I was quick I could get them out before they spat out the worm. After that first real trip was to the canal at Foxton at the age of 8 maybe 9, where I’m pretty sure a shiny little roach sealed my fate.

It sure does; a lovely memory.

It doesn't quite qualify as angling but in a park in Ilford Essex( now London) at the age of about 3 or 4 I watched entranced as the big boys with nets catch sticklebacks from a stream.
It was to be another couple of years aged 6 or 7 when we moved to a road adjacent to the Chase at Dagenham where with a doweling rod and a worm on A HOOK PROBABLY ABOUT SIZE 2 I attempted and failed to catch obviously.

Not until a kindly uncle took me to the Chelmer did I catch 4 roach in a day.A red letter day that still is fresh in my memory.
That uncle died and my parents never bothered to tell me until too late to go to his funeral. Fishing was always considered a waste of time to them.

I'm quite sure the earliest fishing experience that I can remember was when my dad had taken me fishing and I must have wanted a shyte! He took me out of sight and held me up so I could squeeze out a log, being so young I wasn't embarrassed lol. I was so young I can't even remember how old I was. I do know I collected nice looking/coloured maggots in a matchbox!!

My earliest memory of going fishing with my dad was when the bank beneath me collapsed into the Thames and the guy fishing next to us dived in to rescue me. I was only about six or seven years old and I couldn’t swim then, and I spent the next few hours with all my clothes drying over a fence behind us with one of those see through plastic macs wrapped around me to keep me warm, and every time a boat full of people went past they all waved and pointed and I felt quite embarrassed.

I don’t remember whether I caught any fish that day.

When I was around 9 or 10 I went to a club match , not sure why . I'd only every really fished still waters with bread so it was a bit of an eye opener to fish the canal near Hurleston and use maggots as bait . We went to yje match on a coach , I blanked and on the way back my maggots escaped in the coach boot , the woman driving the coach went ballistic.............. my one and only venture into match fishing
D

I was brought up in Colchester and there is a recurring theme to my childhood fishing memories: blokes sitting on bicycles and smoking whilst chatting to the kids as they fished. They were friendlier times; now someone would be suspicious of their motives but it was all entirely innocent and above board. My first fishing memory would be when I was aged perhaps eight. There was a riverside walk by the River Colne that led to The Castle Park and I was sitting with my legs dangling over the edge of the walk by a willow tree trying to catch some minnows I could see swimming in among the streamer weed. I had a size 16 hook tied direct onto my line with a granny knot and a single maggot. One of the minnows was daft enough to take it and to my shock and surprise out it came. A bloke watching on his bike told me it was a "jack shark" and I believed him. I remember running the half mile or so home with the fish in the palm of my hand to show my parents and being surprised and upset that it was dead by the time I got there. I also remember being desperate to get to school the following day so I could tell my teacher. Happy days.
Last edited: Feb 21, 2020

When i was about 6 or 7 we used to take our crab lines down the Chelmer, which was only at the bottom of our road. My memory is that we were unsupervised, anyway we targeted crayfish at the outlet of a tiny culverted stream, and on hot days waded with our butterfly nets to catch tiddlers. The catch was taken home and added to my large paddling pool which became something of a summer ecosystem - those huge green flying water beetles would dive into it from high in the sky. Vague memory of having to take all the inmates back down the river at the end of the summer!

My first angling experience using rod and line was at the Hampton Palace Longwater using kit my mum bought for me from Woolworth, trouble is, I can’t remember if I caught a fish or not, guess I didn’t as I would have remembered.mg:
You must log in or register to reply here.
Share:
Facebook Twitter Reddit Pinterest Tumblr WhatsApp Email Link
Top