If you are over forty-odd, you just might! Look hard and think back some thirty years.

Who would be using a ‘pin back then, and a ‘pin you might have seen somewhere for yourself? And where would you have seen it? In the angling press? On TV perhaps?

A ‘pin angler. On TV. Thirty years ago. You’ve got it by now. Chris Yates on Passion For Angling! Yes, this is the reel that Chris used for the series, and which was made especially for him. James Buckley was wielding it during our recent weekend on the Wye, and whilst it didn’t manage a barbel, it accounted for a good few chub. Sadly, because I have moved so many blooming times this century, I have lost both the tape and the book of the Passion series, but James assures me he has checked and double-checked. He also bought the reel with full, watertight provenance. For the mighty sum of SEVENTY POUNDS.

I hate the lad. This is a cracking reel in its own right, and a joy to use, never mind who owned it once. I’d fish with not much else, to be honest. I’d like to know who actually made the reel – there is no maker’s name? I’d like to know if it was made for the TV specifically? And I’d also love to know how it is Yatesy ever let a jewel like this go, especially considering it does not look like big money was involved?

Chris… if you are out there, get in touch please! It’s been too long by far since we have had a natter, and I’d love to clear these questions up while we are at it! The post Recognise This Reel? first appeared on FishingMagic Magazine.

From the view shown it looks like my Fred Crouch wide drum Aerial? I visited Fred at his house and paid £40 new for it in about 1980? Still in regular use.

My heart missed a beat when I saws that photo. It looks identical to a pin of mine which has no makers name on it. It may be worth contacting Kesswells Angling Centre , 93 Chase Cross Road, RM5 3RP. which is where mine came from. They sold lots of them from someone who made them.
It was bought for me 32 years ago for my 40th.
It may be useful to tell them it was bought from their old shop at Pettits Lane before they moved premises.
Hope it helps.
S

john step said:
My heart missed a beat when I saws that photo. It looks identical to a pin of mine which has no makers name on it. It may be worth contacting Kesswells Angling Centre , 93 Chase Cross Road, RM5 3RP. which is where mine came from. They sold lots of them from someone who made them.
It was bought for me 32 years ago for my 40th.
It may be useful to tell them it was bought from their old shop at Pettits Lane before they moved premises.
Hope it helps.
Click to expand...

Kesswell Angling took over this shop from the original owners. A lot of previous owners reels were sold under the specialist angling banner and they made models of other centre pins.
M

Looks identical to mine, which I bought new from a shop in the south east (Walton on Thames area) around 30+ years ago. No markings at all but I remember being told somebody makes them (not very helpful!) and specialist tackle sort of comes to mind, think I may have had to order it up?
G

I have the similar looking Match Aerial my mum bought me for my 16th birthday in 1968 - £5-15-6 . It still gets the odd outing for grayling and it's a very special memento of my past . But -whisper it- the Okuma Adventa I bought about six years ago is better in every way . There , I've said it. Cue lightning bolts and eternal damnation .

Ok. Tigger asked me if it was under the Specialist name. That rings a bell certainly. I was under the impression it was made locally in Essex as the tackle shop told me at the time they sold a lot to anglers who fished the Lea for barbel.

It may have been sold more widely of course as Molehill had one from Walton on Thames. I wonder if it was Molesly Angling who often had some very good tackle sourced from artisans. ( Proper match rods at the time in glass which were fast taper...now theres a memory)

Tigger asked if the ratchet was a plastic job on the back with a brass screw. You can see from the photo that is so.
Please dont b0ll0k me to the reels dirty condition. I am rather lax and I must give it a rinse as it gets a hard life.
The line guard was not standard. I added it later.

John Bailey, have you any connections to get in touch with Keith Arthur. He worked in a tackle shop in Acton about that time and may well be acquainted with them as they were sold in Walton too. 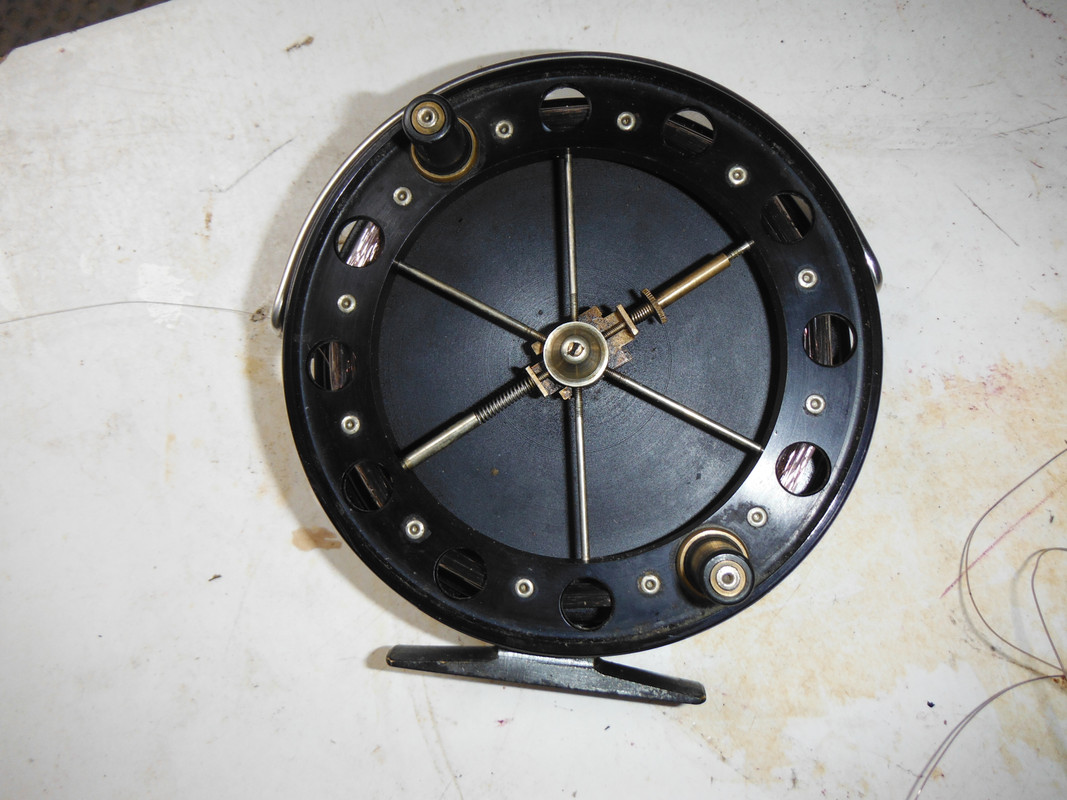 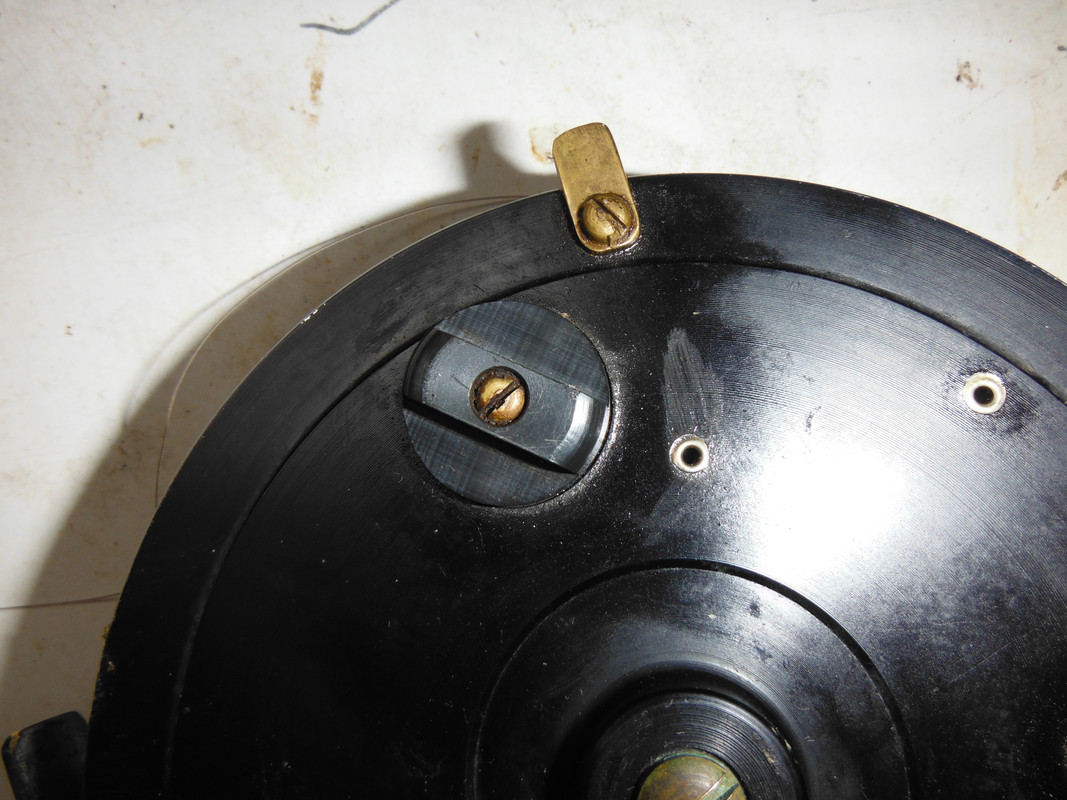 Deleted, as I already said, pointless replying if no feed back is given by OP.
Last edited: Aug 21, 2021

tigger said:
Can we see the watertight provenance John?

I'm sure that reel wasn't in passion.
Click to expand...

I hope its genuine and the buyer wasnt conned. That would not be nice. However the price paid does seem extremely reasonable for a reel with such provenance especially since pins can fetch a premium price.
I hope my cynicism is completely unfounded.
You must log in or register to reply here.
Share:
Facebook Twitter Reddit Pinterest Tumblr WhatsApp Email Share Link
Top